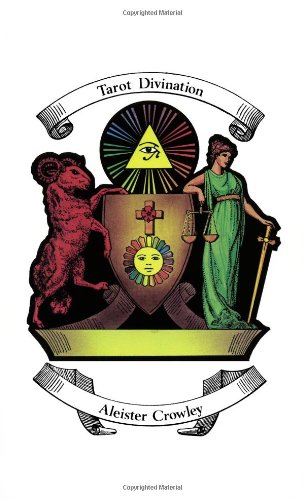 Crowley, Aleister. Samuel Weiser Inc, York Beach, Maine, USA, 1998. Softcover. This work originally appeared as "A description of the cards of the tarot with their attributions; including a method of divineation by their use" as part of The Equinox, Volume 1, Number 8, published at the Autumn Equinox of 1912. Because of its excellence as an exposition on the Tarot, Aleister Crowley's material was excerpted from The Equinox and called Tarot Divination. Popular demand has kept it in print ever since. Contents include: - A description of each card and its meaning - The root of power of the four elements - The symbolic characteristics of the court cards - The relationship of the smaller cards to the thirty-six decans of the zodiac - A description of the twenty-two keys - Meanings of the grouping and placement of cards - Qabalistic correspondences and Angelic Rulers - The relationship of the smaller cards to the Tree of Life - A method of divination using the Tarot