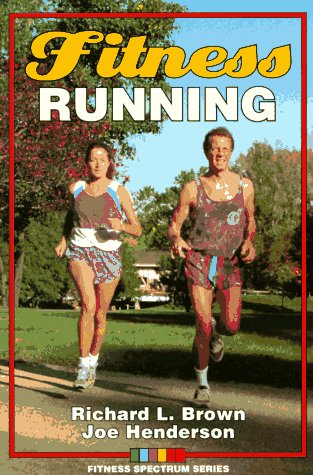 This is a training book for runners at all levels and a text for fitness running classes. It contains 60 easy-to-use, colour-coded running workouts that add variety to exercise routines, and instructions on using the workouts to set up a personalized running programme. In the first part readers learn how to: choose running equipment and clothing; use correct running form; determine the proper starting level for training; warm-up and cool-down properly. Part two gives complete descriptions of the 60 workouts that are colour-coded according to their level of difficulty, and vary in in tensity and duration. Part three shows how to combine these workouts into a personal training programme to achieve the desired goals of the runner.

""""I wanted to just keep reading! The authors' comfortable wisdom covers running improvement essentials at all levels in minimal pages. The functional format will help you reach your goals and aspirations." Doris Brown Heritage five-time world cross country champion and two-time Olympian """Dick Brown is the most knowledgeable all-around coach in the country. If he can't get you to achieve your goal, no one can!""" Steve Scott 3-time Olympian, 1500 meters Head Track & Cross Country Coach, California State-San Marcos From Oklahoma Runner and Triathlete """With Henderson, these running experts give you the one book that will help you get more out of your workouts and go the distance in your personal fitness goals.""" From Running.about.com ""Fitness Running "is the perfect companion for both racers and recreational runner/joggers."""

Richard L. Brown, PhD, is a veteran coach and an exercise physiologist. His career began in 1963 as a three-sport coach at Bullis Preparatory School in Maryland. It continued at the United States Naval Academy, then at Mt. Blue High School in Maryland, and with the Athletics West track team as an exercise physiologist and director. In 1983, Brown was head coach of the U.S. world championship cross-country team, and he's been coaching independently ever since. He has also served as a personal coach to an impressive list of world-class athletes, including Mary Decker Slaney, Suzy Favor Hamilton, and Vicki Huber. He is one of the few coaches to have coached athletes in the Summer and Winter Olympic Games and the Paralympics. He has coached athletes in each of the last five Olympic Games (1984, 1988, 1992, 1996, and 2000). Brown earned his PhD in exercise and movement sciences from the University of Oregon in 1992. He currently lives in Coburg, Oregon. Joe Henderson combined his passion for running with his natural talent for writing and became one of the most prolific running writers on the planet. Although Henderson never accomplished his first career goal of becoming a high school or college running coach, through his advice in hundreds of magazines and books and in frequent speeches to running groups, he has indirectly coached thousands of runners. Henderson was born in Illinois in 1943 and grew up in Iowa, where he began running at age 14. After graduating from Drake University in Des Moine, he began his work in running journalism at Track & Field News. Today he continues as a columnist with Runner's World and as the publisher of the newsletter Running Commentary. He has authored or coauthored 24 books including the best-selling Marathon Training as well as four others from Human Kinetics--Best Runs, Better Runs, Coaching Cross Country Successfully, and Running 101. Henderson has twice been named Journalist of the Year by the Road Runners Club of America. He is also a member of the Club's Hall of Fame. Henderson lives in Eugene, Oregon, with his wife, Barbara Shaw.