Items related to The Acupressure Way of Health: Jin Sho Do

Teeguarden, Iona The Acupressure Way of Health: Jin Sho Do

The Acupressure Way of Health: Jin Sho Do 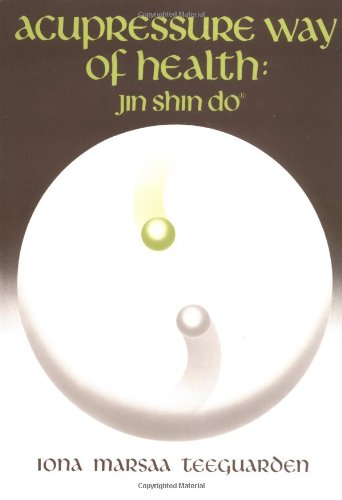 Jin Shin Do was made to make magic in the many. This book presents some basics of the art, in a simple form easily employed by the layperson. For qualified instruction on the details and professional applications of Jin Shin Do(r) Acupressure, seek instruction from an authorized, certificated teacher, who will prominently display the Jin Shin Do symbol. For directory of authorized teachers and registered practitioners throughout the U.S., Canada and Europe, write to the Jin Shin Do Foundation for Bodymind Acupressure, TM P.O. Box 1097, Felton, California 95018 USA.

IONA MARSAA TEEGUARDEN, M. A.. has been a Jin Shin Do acupressure therapist and teacher since 1972. lona's writings and her teaching, throughout the United States and in Europe, have gained her international recognition as an authority on acupressure. Her dedication f to the development of Jin Shin Do has resulted in its emergence as a powerful force within the health arts.

Iona studied with many masters of acupressure, acupuncture, and other Oriental health arts, including: Michio Kushi, Herman Aihara, Mary lino Burmeister, Jean-Claude Thomas, Kok Yuen Leung, Johng Kyu Lee, Se Han Kim, and Sung Jin Park in America, and Haruki Kato, Katsusuke Serizawa, and Kohtaro Wada in Japan, where she spent the summer of 1976 researching Jin Shin Do. She is the cofounder of the Acupressure Workshop in Santa Monica, California.

4. The Acupressure Way of Health: Jin Sho Do