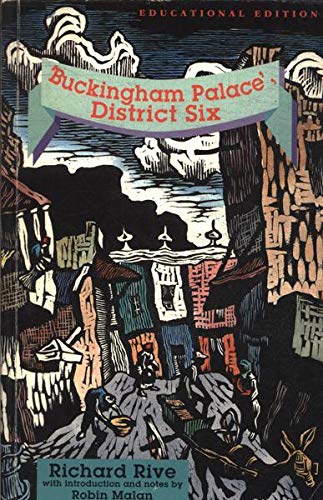 Here is the story of Mary and the Girls, of Zoot, Pretty-Boy and Oubaas, of the Abrahams family who came from Bo-Kaap, of Last-Knight the barber and his prim wife. This novel is written in tribute to the people of District Six so that we do not forget. 'Buckingham Palace' is a dingy row of five houses in the heart of District Six, a notorious slum area at the foot of Table Mountain overlooking Cape Town. In this novel Richard Rive traces this close community through its moments of triumph and despair, its loves, its hatreds - and its bizarre characters. In 1966 parts of District Six were declared for white occupation only, in terms of South Africa's notorious Group Areas Act. The inhabitants were forced to leave for the bleak wastelands of the Cape Flats.