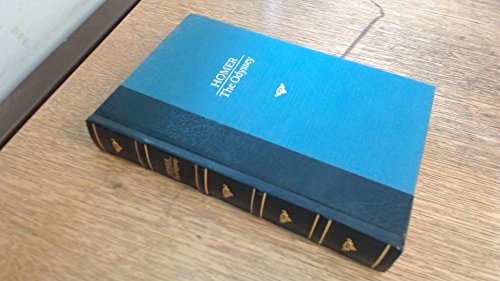 A retelling of Homer's epic that describes the wanderings of Odysseus after the fall of Troy.

From Barnes & Noble
The greatest adventure story of all time, this epic work chronicles Odysseus's return from the Trojan War and the trials he endures on his journey home. Filled with magic, mystery, and an assortment of gods & goddesses who meddle freely in the affairs of men.


Katherine A. Powers - Washington Post
Susan Sarandon reads an introduction by Tom Palaima as well as synopses of each book, all of which are included in a useful little booklet. Lombardo, a veteran of many performances of his translation, delivers the poem himself in a well-modulated, walnutty voice that occasionally roars out dramatically to handle the more exuberant, even bumptious, passages.

Alan Baker has illustrated The Odyssey and The Story of King Arthur, both published by Kingfisher. In addition, Alan created the popular and successful Little Rabbits series, which has sold over half-a-million copies in the U.S. Alan is a lecturer in illustration at the University of Brighton, England.

Book Description Kingfisher Books, 1987. Hardcover. Condition: Good. Connecting readers with great books since 1972. Used books may not include companion materials, some shelf wear, may contain highlighting/notes, may not include cdrom or access codes. Customer service is our top priority!. Seller Inventory # S_280788644

Book Description Hardback. Condition: Fair. A readable copy of the book which may include some defects such as highlighting and notes. Cover and pages may be creased and show discolouration. Seller Inventory # GOR010497973

Book Description Kingfisher Books Ltd, 1987. Hardcover. Condition: Very Good. All orders are dispatched the following working day from our UK warehouse. Established in 2004, we have over 500,000 books in stock. No quibble refund if not completely satisfied. Seller Inventory # mon0004878849

Book Description -. Hardcover. Condition: Very Good. The Odyssey (Kingfisher classics) This book is in very good condition and will be shipped within 24 hours of ordering. The cover may have some limited signs of wear but the pages are clean, intact and the spine remains undamaged. This book has clearly been well maintained and looked after thus far. Money back guarantee if you are not satisfied. See all our books here, order more than 1 book and get discounted shipping. Seller Inventory # 7719-9780862722852

Book Description Paperback. Condition: Very Good. The book has been read, but is in excellent condition. Pages are intact and not marred by notes or highlighting. The spine remains undamaged. Seller Inventory # GOR005629782

Book Description Paperback. Condition: Good. The book has been read but remains in clean condition. All pages are intact and the cover is intact. Some minor wear to the spine. Seller Inventory # GOR001916740

Book Description Kingfisher Books Ltd 28/08/1987, 1987. Hardcover. Condition: Very Good. Shipped within 24 hours from our UK warehouse. Clean, undamaged book with no damage to pages and minimal wear to the cover. Spine still tight, in very good condition. Remember if you are not happy, you are covered by our 100% money back guarantee. Seller Inventory # 6545-9780862722852

Book Description Kingfisher Books Ltd 28/08/1987, 1987. Condition: Good. Will be shipped promptly from UK warehouse. Book is in good condition with no missing pages, no damage or soiling and tight spine. There may be some dog-eared pages showing previous use but overall a great book. Seller Inventory # 9053-9780862722852