Items related to The Lost Glen 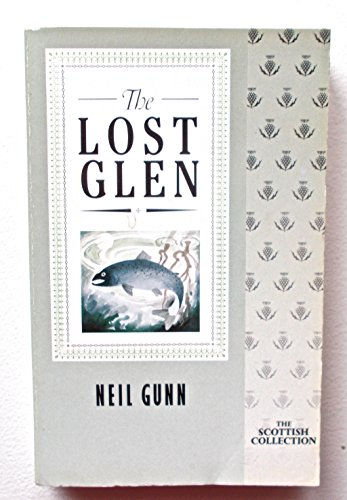 "The Lost Glen" vividly portrays a clash of cultures and personalities against a background of a landscape in visible decay. The cultural collision and its effects are explored through Ewan, a young local man recently returned from university in disgrace, and a retired English colonel staying at the village hotel. Both men in a sense are alienated from the community, the younger because of a haunting sense of failure, and the older through an unwillingness to understand the local culture. They have a mutual antipathy. The Colonel's self-imposed cultural isolation leads to aggressive bullying and an openly lascivious attitude towards local young women. His unworthiness as a representative of Anglo-Saxon culture is largely compensated for by his young niece, who behaves with sensitivity and integrity. She is clearly attracted to Ewan whose sense of failure is complex and does not only concern his enforced withdrawal from university and his involvement in an incident at sea that cost his father his life; it concerns the feeling he has of himself as a spiritual exile - a man who had intended to emigrate but who had remained as an outsider in the land that meant so much to him. He is fascinated by the experience of a local piper, whose finding of a lost glen that had a strange beauty and primordial freshness had been translated into a pibroch. The haunting tune acts as a stimulant to Ewan's Hamlet-like musings on the possibility of a rejuvenation of the landscape or a final disappearance of its life and meaning. The antipathy between the two main protagonists leads to a physical struggle between them that brings to an end a novel, layered with meanings, that is more a symbolic drama than a novel of realism. One of the earliest novels to appear in the Scottish Literary Renaissance of the 1920s and 1930s, "The Lost Glen" turns its back on the form of writing that had depicted Scotland as a rural paradise in favour of describing Highland life as it really was at that time.

Book Description Paperback. Condition: Good. The book has been read but remains in clean condition. All pages are intact and the cover is intact. Some minor wear to the spine. Seller Inventory # GOR006063774

Book Description -. Paperback. Condition: Very Good. The Lost Glen This book is in very good condition and will be shipped within 24 hours of ordering. The cover may have some limited signs of wear but the pages are clean, intact and the spine remains undamaged. This book has clearly been well maintained and looked after thus far. Money back guarantee if you are not satisfied. See all our books here, order more than 1 book and get discounted shipping. Seller Inventory # 7719-9780862671389

Book Description Richard Drew Publishing Ltd 15/09/1985, 1985. Condition: Very Good. Shipped within 24 hours from our UK warehouse. Clean, undamaged book with no damage to pages and minimal wear to the cover. Spine still tight, in very good condition. Remember if you are not happy, you are covered by our 100% money back guarantee. Seller Inventory # 6545-9780862671389

Book Description Richard Drew Publishing Ltd 1985-09-15, 1985. Paperback. Condition: Very Good. Item is in very good condition. If supplemental codes/CDs for textbooks are required please contact us prior to purchasing as they may be missing. Photos are stock pictures and not of the actual item. Seller Inventory # DS-0862671388-2