Items related to A Childhood in Scotland (Canongate Classics)

A Childhood in Scotland (Canongate Classics) 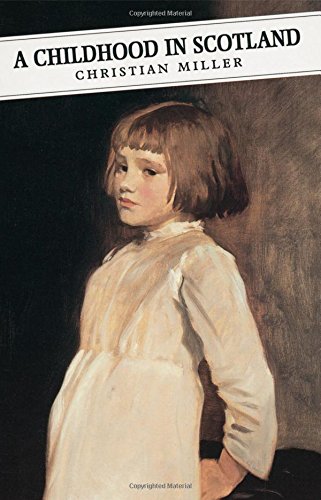 In this perceptive but unpretentious autobiography, Christian Miller recalls her privileged yet simultaneously deprived 1920s upper-class childhood in a castle in the Scottish highlands, giving readers an insight into the last relics of feudal life. A Childhood in Scotland describes a youth in a world where shooting came second only to religion, where questions were frowned upon, and reading seen as a waste of time.

Christian Miller, the youngest of a family of six, was born in 1920. Brought up on her father's estate in the highlands of Scotland, she was educated by governesses. After the death of her father, the estate was inherited by her elder brother, and the rest of the family moved to London, where – at eighteen – she became a debutante. During the Second World War, having started as an aircraft fitter working on heavy bombers, she became a technical adviser in the Ministry of Production. She married during the war and had two daughters, and it was not until the 1960s that she started writing, beginning with short stories, which were widely translated. A Childhood in Scotland (1981) first appeared in The New Yorker, and received a Scottish Arts Council Book Award in 1982.

Christian Miller recalls her deprived upper-class childhood in Scotland in the 1920s, where shooting came second only to religion, where questions were frowned on, toys discouraged, and reading looked on as a waste of time. The book gives readers an insight into the last relics of feudal life.

1. A Childhood in Scotland

2. A Childhood In Scotland (Canongate Classic)

3. A Childhood In Scotland (Canongate Classic)

5. A CHILDHOOD IN SCOTLAND (CANONGA