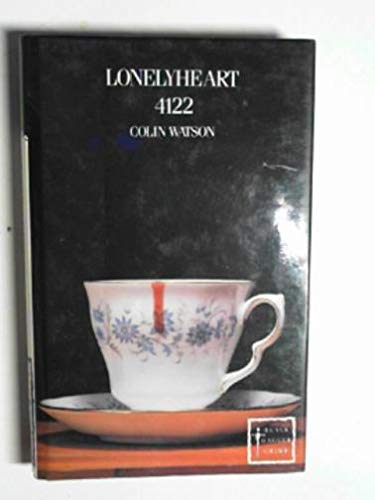 Mrs Lilian Bannister is the second woman to disappear from quiet Flaxborough. For Inspector Purbright, what begins as a seemingly intractable problem soon develops into a frightening spiral of deceit, blackmail and murder.

Colin Watson was born in 1920. He worked as a journalist but was most famous for his twelve 'Flaxborough' novels, set in a small fictional town in England. Four of the 'Flaxborough' novels were adapted for television by the BBC under the series title Murder Most English and Watson's Detective Inspector Purbright remains one of the most intellectual detectives in the crime genre. Colin Watson died in 1983.

Book Description AudioGO. Hardcover. Condition: Good. No Jacket. A copy that has been read, but remains in clean condition. All pages are intact, and the cover is intact. The spine may show signs of wear. Pages can include limited notes and highlighting, and the copy can include previous owner inscriptions. An ex-library book and may have standard library stamps and/or stickers. At ThriftBooks, our motto is: Read More, Spend Less. Seller Inventory # G0862207231I3N10