The Poems and Plays of Oliver St John Gogarty 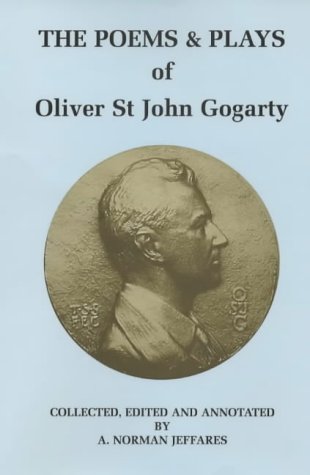 Satirized as stately Buck Mulligan in James Joyces Ulysses, Oliver St John Gogarty (1878-1957) was a leading figure in the Irish literary Renaissance, whose elegant lyric verse was greatly admired by his friend WB Yeats. This complete edition brings together his 15 volumes of poetry, together with more than 200 unpublished poems and the three plays he wrote for Dublins Abbey Theatre, allowing modern readers to appreciate the full range of his lively, evocative writing.

This collection of poems and plays by Oliver St John Gogarty (1878-1957) brings together his fifteen volumes of poetry, including his Collected Poems. It also contains poems published individually in various journals and 232 hitherto unpublished poems; as well, there are three Abbey plays--Blight, A Serious Thing, and The Enchanted Trousers--published under the nom-de-plume Gideon Ouseley, together with Incurables and the incomplete Wavelengths.

A collection of poems and plays published pseudonymously and under Gogarty's own name together with over 60 poems never printed before, taken from a collection Gogarty was preparing for publication at the time of his death.