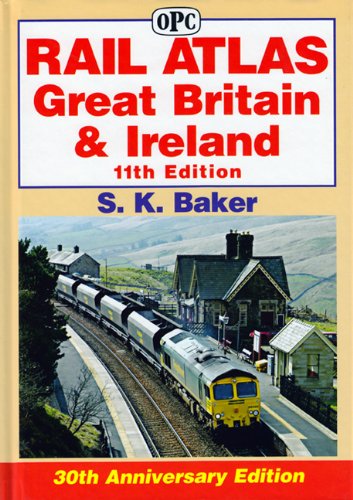 First published in 1975 and long out of print, this book traces the origins of Bomber Command and surveys its early history. The old biplane types inherited on its formation in 1936 were replaced with early generations of monoplane types. The wartime operations covered range from the first bombing and leaflet raids of September 1939 to the start of 'area bombing' in December 1940. 8 pages of colour artwork. Line 3-views. 103 black/white photos. 144 pages. A4 hardback reprint

Since it was first published in 1977, Stuart Baker's "Rail Atlas of Great Britain and Ireland" has established itself as one of the must-have books on the subject of the contemporary railway industry. The book is undoubtedly one of the best-selling railway titles of all time, and is a widely respected and indispensable guide and work of reference for all interested in the railways of the British Isles, railway professionals and enthusiasts alike. This new and fully revised 11th edition is certain to sell as well as previous editions and will be sought by a large number of customers on publication.