Items related to The Illustrated History of L.M.S. Standard Coaching... 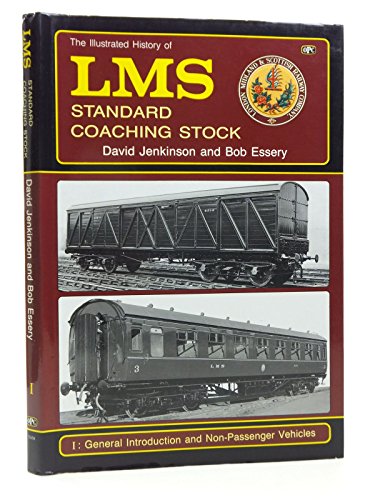 Synopsis The London, Midland and Scottish Railway operated the largest fleet of passenger rated railway vehicles in Great Britain. Although it inherited many fine coaches from its constituents in 1923, it soon embarked on a massive standardisation and replacement programme. This is the first of a three-volume set of books that illustrates and describes every type of vehicle introduced by the LMS to its standard designs, of which there were a large number of different types for the heavy and varied traffic conveyed by the railway. This volume starts with a general introduction to LMS coaching stock design and policy including liveries. This is followed by details of the vehicles described as "non-passenger coaching stock" which includes many interesting scenery trucks, milk tanks, fish vans, sausage vans and an aeroplane van. Official diagrams for every type of vehicle built are included, reproduced in 4mm to 1ft scale.