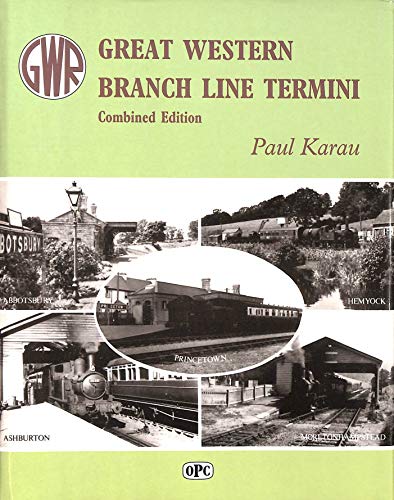 Great Western branch lines, especially those in rural areas, have long held a fascination for the railway enthusiast. For many years these lines provided an invaluable service to the communities they served and were as much part of the local scene as the village carriers who preceded them. They changed little during their lifetime, the trains making their unhurried journeys to and from the small terminal stations, often with the same passengers for year after year, and it must have seemed unbelievable that they would ever disappear. Very few of these branches remain and, despite the large number of articles published about them in the past, little detailed information is available on their stations. The author has dome much to remedy this by presenting a comprehensive study of 10 branch line termini using photographs, track plans and scale elevations of their buildings. His research for this work has occupied a number of years and has ranged from the archives at Paddington to the homes of many people in the areas served by these stations. All enthusiasts will find this combined edition of the authors two volumes covering 10 popular branch line termini of interest and to the modeller who wishes to make an accurate representation of a small part of the railway scene in the past, it will be invaluable. Termini includes: Abbotsbury, Ashburton, Fairford, Hemyock, Lambourn, Moretonhampstead, Princetown, Tetbury, Wallingford and Watlington