Items related to Ideology: An Introduction 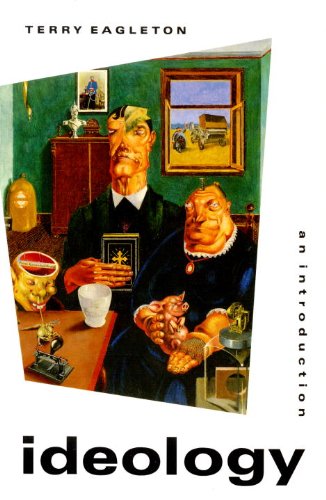 'His thought is redneck, yours is doctrinal and mine is deliciously supple.' Ideology has never been so much in evidence as a fact and so little understood as a concept as it is today. From the left it can often be seen as the exclusive property of ruling classes, and from the right as an arid and totalizing exception to their own common sense. For some, the concept now seems too ubiquitous to be meaningful; for others, too cohesive for a world of infinite difference. Here, in a book written for both newcomers to the topic and those already familiar with the debate, Terry Eagleton unravels the many different definitions of ideology, and explores the concept's tortuous history from the Enlightenment to postmodernism. Ideology provides lucid interpretations of the thought of key Marxist thinkers and of others such as Schopenhauer, Nietzsche, Freud and the various poststructuralists. As well as clarifying a notoriously confused topic, this new work by one of our most important contemporary critics is a controversial political intervention into current theoretical debates. It will be essential reading for students and teachers of literature and politics.

Terry Eagleton is Lecturer in Critical Theory at the University of Oxford and Fellow of Linacre College. His previous books include Criticism and Ideology, Walter Benjamin, The Function of Criticism, Literary Theory: An Introduction, The Ideology of the Aesthetic, and a novel, Saints and Scholars.