Items related to Batman: Time and the Batman

Batman: Time and the Batman 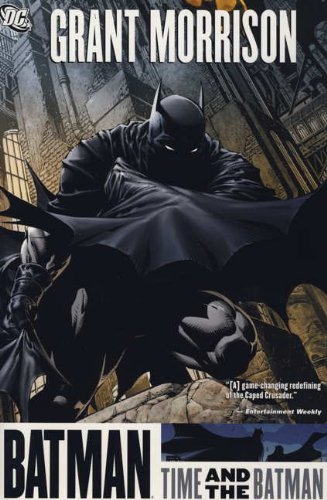 Grant Morrison's credits include Arkham Asylum, JLA, Animal Man, Doom Patrol, The Invisibles and The Filth. Frank Quitely has won acclaim for his work on high-profile titles including We3, The Authority, and New X-Men.

1. Time and the Batman

Book Description Titan Publishing Company, 2011. Hard Cover. Condition: Fine. Dust Jacket Condition: Fine. 1st ed/1st pr. Book is square, solid, and unread. Dust jacket is clean as can be, but price clipped. No price clippings, remainder marks. This book is so sharp it could slice even Superman's skin -- you'll shout up, up, and away with glee when it arrives at your door! NOTE: In protective archival Brodart. Book. Seller Inventory # 031624

2. Time and the Batman

Book Description Titan Publishing Company, 2011. Condition: Good. A+ Customer service! Satisfaction Guaranteed! Book is in Used-Good condition. Pages and cover are clean and intact. Used items may not include supplementary materials such as CDs or access codes. May show signs of minor shelf wear and contain limited notes and highlighting. Seller Inventory # 0857682059-2-4