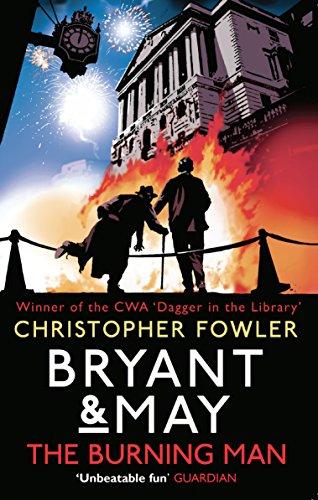 London is under siege. A banking scandal has filled the city with violent protests, and as the anger in the streets detonates, a young homeless man burns to death after being caught in the crossfire between rioters and the police.
But all is not as it seems; an opportunistic killer is using the chaos to exact revenge, but his intended victims are so mysteriously chosen that the Peculiar Crimes Unit is called in to find a way of stopping him.
Using their network of eccentric contacts, elderly detectives Arthur Bryant and John May hunt down a murderer who adopts incendiary methods of execution. But they soon find their investigation taking an apocalyptic turn as the case comes to involve the history of mob rule, corruption, rebellion, punishment and the legend of Guy Fawkes.
At the same time, several members of the PCU team reach dramatic turning points in their lives - but the most personal tragedy is yet to come, for as the race to bring down a cunning killer reaches its climax, Arthur Bryant faces his own devastating day of reckoning.
‘I always said we’d go out with a hell of a bang,’ warns Bryant.

"Fabulously unorthodox...Fowler, an unashamed anorak, takes delight in stuffing his books with esoteric facts; together with a cast of splendidly eccentric characters ranging from white witches to unfrocked and potty academics, corkscrew plots, wit, verve and some apposite social commentary, they make for unbeatable fun." (Laura Wilson GUARDIAN)

Contemporary crime fiction's answer to Holmes and Watson or Mulder and Scully - Bryant and May and the Peculiar Crimes Unit embark on their most pyrotechnic case yet, and the denouement is devastating...