Items related to A Dying Fall: A spooky, gripping read for Halloween... 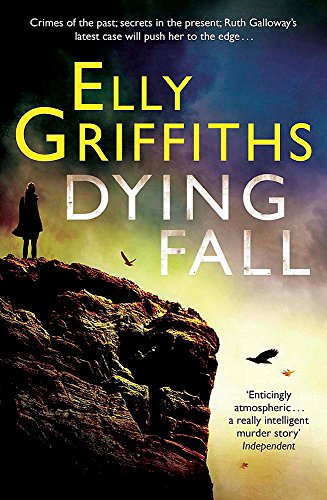 Ruth's old friend Dan Golding thinks he has made a discovery that will change archaeology forever - but he needs Ruth's help. Then, Dan is killed in a fire, leaving Ruth with one clue: the tomb of the Raven King. DCI Nelson is also rediscovering the past. He meets his friend Sandy Macleod, now at Blackpool CID, who tells him there are mysterious circumstances surrounding Dan's death. A Neo-Nazi group at Dan's University has been making threats and could be involved. Many of Dan's colleagues seem fearful and have secrets to hide. Ruth is drawn into the mystery, and where she goes, so does her daughter, Kate. This time, it's not just Ruth's life at risk.

'A memorable, breathless race against time at the Pleasure Beach, which is one of the most cinematic finales in recent British crime novels' Daily Telegraph. (Daily Telegraph)

'An admirably gutsy heroine' The Times. (The Times)

WINNER OF THE 2016 CWA DAGGER IN THE LIBRARY. When murder strikes close to home, Dr Ruth Galloway is determined to find justice - without ending up in the firing line herself. A nailbiting new adventure for fans of Val McDermid and Ann Cleeves.