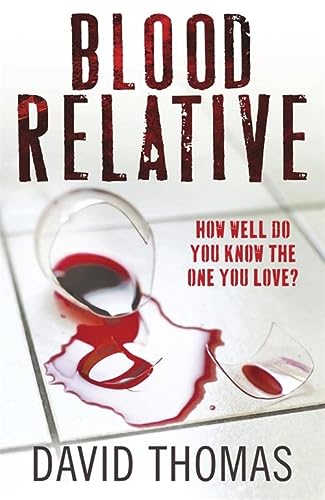 How well do you know your wife, Mr Crookham?' Peter Crookham is delayed in traffic on his way home to dinner with his wife, Mariana, and his journalist brother, Andy. He arrives back to a bloodbath: his brother is dead - covered in knife wounds - and his wife, in a near-catatonic state, is bathed in blood. Convinced Mariana is incapable of murder, Peter vows to discover what happened and clear her name. But he is forced to question his conviction when he discovers what Andy was secretly investigating prior to his death - Mariana's past. In search of answers, Peter must visit the former East Berlin, Mariana's childhood home. But all he can glean is that Mariana's mysterious past is somehow linked to the then East German security service, the STASI. Interleaved with Peter's story is that of a man present in East Germany in the late 1970s. This elusive, nefarious figure appears to be the connection, the piece of the jigsaw to put everything in place - a man who it seems was affiliated with the STASI. But this man, Peter will discover, is more than that. Much more. And so is Mariana Crookham.Blood Relative is an atmospheric page-turner that brings the often-grim realities of Socialist Berlin to life. A murder mystery-come-psychological thriller with a dark underlying mystery, it grips you tight and keeps you guessing until the very last page.

'If his five 'Tom Cain' thrillers are David Thomas' big-budget Bourne movies, this first novel under his own name is his Third Man - dour, ethically complex and written in moody black-and-white' Telegraph. (Telegraph)

'that Thomas keeps us intrigued and gently amused is proof of his skill' Guardian. (Guardian)

'This is the first psychological thriller that Thomas has written under his own name - readers may be familiar with his very successful Tom Cain thrillers - and very good it is too' Daily Mail. (Daily Mail)

'How well do you know your wife, Mr Crookham?' Peter Crookham arrives home late from work to a bloodbath: his journalist brother, Andy, is dead - covered in knife wounds - and his beautiful young wife, Mariana, is bathed in his blood. Convinced his wife is incapable of murder, Peter vows to clear her name. Yet he is forced to question his conviction when he discovers the subject of Andy's final investigation - Mariana's past. This past, Peter will discover, is inextricably linked to one man: an elusive, mysterious figure affiliated with the then East German security service, the STASI. But this man is more than that. Much more. And so is Mariana Crookham.