Items related to Crimes of the Century: Football Hooligans

Crimes of the Century: Football Hooligans 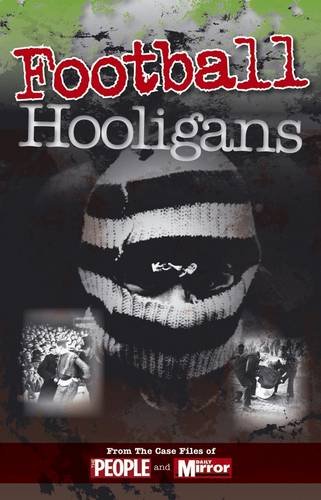 In the 1960s, football hooliganism hit the headlines in the press. It was the first time that violence really came to the fore in one of sport's most passionate games, football. This destructive behaviour involving primal rivalry between opposing fans was devastating often leading to vandalism, fighting and intimidating others. While the early days of violence saw many train carriages wrecked by away fans destroying their chosen mode of transport, football hooliganism escalated beyond being recognisable in Britain in the 1970s and 1980s when full-scale riots led to fans attacking each other with deadly weapons. The violence associated with football saw the advent of "firms" whose soul purpose is to "annihilate" the opposition fans. Anger, bitterness, greed, vitriol as well as overwhelming elation consume the average football hooligan - with thousands of others feeling the same, huge eruptions of abuse and violence are surely inevitable. This book examines some of the disturbing and extreme instances that have taken place within the past five decades including the Heysel Stadium disaster in May 1985 leading to the subsequent five-year exclusion of English clubs from European competition, FA Cup trouble between Hull City and Milwall supporters at the KC Stadium in January 2009 and the abandonment of an England friendly against the Republic of Ireland at Lansdowne Road in February 1995.

1. Crimes of the Century: Football Hooligans

2. Crimes of the Century: Football Hooligans

3. Crimes of the Century: Football Hooligans

Book Description Paperback. Condition: Very Good. The book has been read, but is in excellent condition. Pages are intact and not marred by notes or highlighting. The spine remains undamaged. Seller Inventory # GOR004927118

Book Description Haynes Publishing Group P.L.C. 201307, 2013. Condition: Good. Ships from the UK. Former Library book. Shows some signs of wear, and may have some markings on the inside. Seller Inventory # GRP81298008