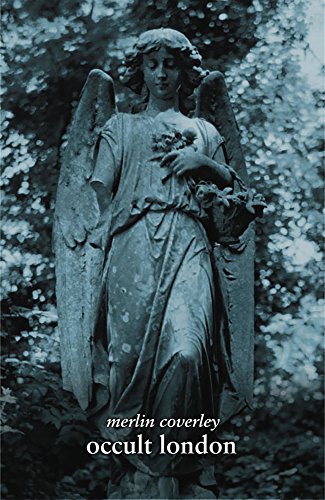 London, more than any other city, has a secret history concealed from view. Behind the official façade promoted by the heritage industry lies a city of esoteric traditions, obscure institutions, and forgotten locations. Occult London rediscovers this history, unearthing the hidden city that lies beneath our own. From the Elizabethan magic of Dr Dee and Simon Forman to the occult designs of Wren and Hawksmoor; from the Victorian London of Spring-Heeled Jack to the fin de siecle heyday of Madame Blavatsky and Aleister Crowley. This book describes these practitioners of the occult and their unorthodox beliefs, alongside the myths and legends through which the city has always been perceived. The role of the occult within London's literary history is also outlined, while a gazetteer maps the sites of London's most resonant occult locations.

Today we are experiencing a renewal of interest in the occult tradition, and Merlin Coverley examines the roots of this revival, exploring the rise of New Age philosophies and the emergence of psychogeography in shaping a new vision of the city.

'a great little reference book, entertainingly written and full of fascinating information about the mysterious side of England's capital city' - Lucya Szachnowski

"Coverley's approach is an enlightening one. Covering an astounding amount of material, both well known and cult writers feature with equal prominence." --Huffington Post About the Author:

Merlin Coverley is the author of London Writing and Psychogeography.