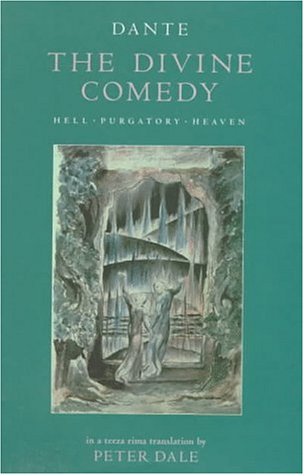 Dante's masterpiece is undoubtedly one of the supreme works of world literature. Peter Dale's achievement has been to produce a complete version in modern English that echoes Dante's "sweet new style" while keeping to the poet's demanding terza rima verse pattern. It is a handsome reader's edition -- accurate, clear and compelling -- and contains a fascinating introduction on the poem's history, and its influence on English poetry through the ages.

Peter Dale was educated at Strode's School, Egham, Surrey and St Peter's College, Oxford. He was head of English at Hinchley Wood Comprehensive School for 21 years, and is now a full-time poet, editor and translator. He was co-editor of the poetry journal `Agenda' for many years. His New and Selected Poems, `Edge to Edge', is also published by Anvil, as are his collection `Under the Breath' and his facing-text verse translations, `Poems of Jules Laforgue' and `Poems of François Villon'.