Items related to The Trouble with Guns: Republican Strategy and the...

O'Doherty, Malachi The Trouble with Guns: Republican Strategy and the Provisional IRA (A Blackstaff paperback original)

The Trouble with Guns: Republican Strategy and the Provisional IRA (A Blackstaff paperback original) 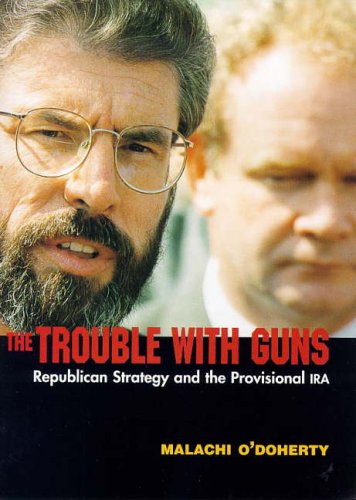 This is a critique of IRA strategy from a Belfast journalist with a personal insight. Malachi O'Doherty grew up as a Catholic nationalist in West Belfast, as part of the same generation as the men who were to be the leaders of Sinn Fein and the IRA. O'Doherty was immediately averse to supporting the IRA and felt, at the beginning of the Troubles, a loss of moral bearings, when both the state and the insurgents were in murderous form. The book combines a personal retelling of the period which produced modern Irish Republicanism, with a study of how its political and military strategies have evolved. O'Doherty argues that the achievement of the armed struggle was to create the conditions in which agreement inside Northern Ireland would be impossible, so that those who wished to bring peace would be forced to consider a progression towards Irish unification.