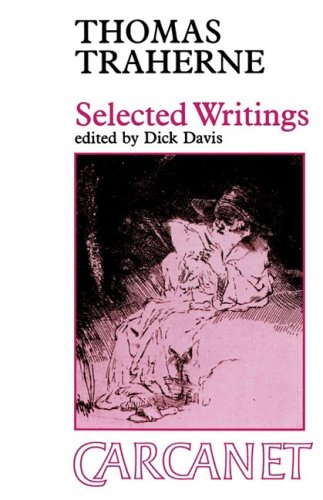 Thomas Traherne's poems were discovered in London in 1896 and originally assigned in error to Henry Vaughan. Later scholarship has established their true authorship. Traherne (1637-1674) was a remarkable religious writer. The son of a Hereford shoe-maker, he was well-educated, took religious orders and pursued a varied career. Prior to the discovery of his poems, he was best known for his 'Centuries of Meditations', of which passages from the third are most widely anthologised. The visionary precision of his prose characterises his verse as well: he is a not altogether orthodox mystic, and in his best work a fine writer altogether. Dick Davis, himself a notable young poet, presents a selection from the full range of Traherne's poetry and prose and provides a critical and biographical introduction.