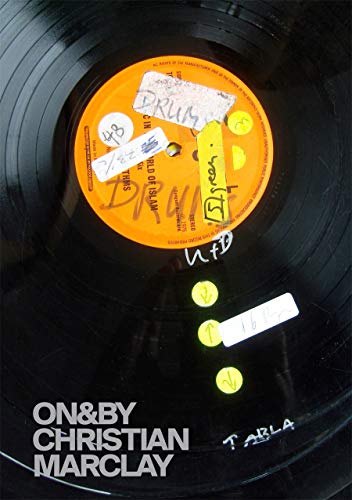 The second in a unique series of anthologies which collects key writings by and on the most significant artists in contemporary culture.

Influencing a whole generation of artists, musicians and theorists, since the late 1970s Christian Marclay has explored the interplay between sound, audio cultures and art across a diversity of media: performance, sculpture, photography, collage, musical composition, film, video and installation. Born in 1955, Marclay first became internationally known in the 1980s for his sculptures and reassembled readymades generated from evocative materials such as fragmented vinyl records or album covers. His ambitious multi-screen installations such as Video Quartet (2002), Crossfire (2007) and The Clock (2010) have entranced audiences into contemplating the complexities of time and narrative and the role of sound in their experience and representation. Marclay has also collaborated musically with Shelley Hirsch, the Kronos Quartet, Zeena Parkins, Elliott Sharp, Sonic Youth and John Zorn, among many others.

Christian Marclay was born in California in 1955, raised in Geneva, and lives and works in New York and London. His solo exhibitions include San Francisco Museum of Modern Art (2001), Tate Modern, London (2004), Musee d'Art Moderne et Contemporain, Geneva (2008), Centre Georges Pompidou, Paris, and Los Angeles County Museum of Art (2011). He was awarded the Golden Lion at the 2011 Venice Biennale.

8. On & by Christian Marclay

9. On & by Christian Marclay