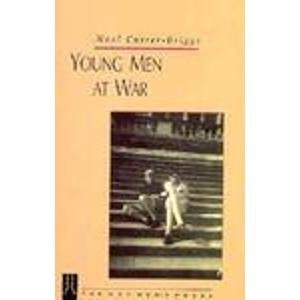 Anthony Arthur Kildwick, born in 1919 to a well-to-do Yorkshire family, finds the love of his life in a German exchange student at his boarding school. Both boys are passionate to avoid another war between their countries, but when Manfred returns home he is seduced by Hitler's nationalist rhetoric, while Tony meets the outbreak of war as a conscientious objector. As the Nazi regime shows itself ever more demonic, Tony reluctantly decides he must fight, is recruited into the Intelligence Corps, and eventually parachuted into southern France, to work with the Resistance. There he discovers Manfred is now an officer with the occupying forces, and their paths cross again in dramatic circumstances.
Noel Currer-Briggs, well know as a writer on history and genealogy, has drawn for this novel on his own experience. As well as a fascinating story, it conveys a vivid sense of the conflicts of the 1930s, and the interplay between friendship and internationalism, homosexuality and pacifism, patriotism and democracy, that was typical of those years.

Book Description Paperback. Condition: Very Good. The book has been read, but is in excellent condition. Pages are intact and not marred by notes or highlighting. The spine remains undamaged. Seller Inventory # GOR001568345

Book Description Paperback. Condition: Very Good. Very Good: a copy that has been read, but is in excellent condition. Pages are intact and not marred by notes or highlighting. The spine remains undamaged. Most items will be dispatched the same or the next working day. Seller Inventory # wbb0016349237

Book Description Paperback. Condition: Very Good. Item is in very good condition. If supplemental codes/CDs for textbooks are required please contact us prior to purchasing as they may be missing. Photos are stock pictures and not of the actual item. Seller Inventory # DS-0854492364-2