Items related to The Tanglewoods' Secret 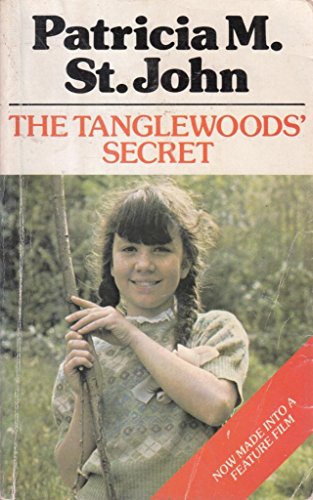 Ruth and her beloved brother Philip find solace in the expanse of the Tanglewoods' property. There they escape into bird watching, climbing, and general misadventures with their friend Terry.

But life with their Aunt is harsh, and Ruth suffers from an incorrigible temper. Just when she thinks she can't take it anymore, she learns a very special secret about a very special Shepherd. When a dreadful accident hurts one they love, Ruth and Philip learn that the Tanglewoods' Secret isn't meant to be kept a secret.

PATRICIA ST. JOHN (1919-1993) was a nurse, missionary and author. She earned a nursing degree at St. Thomas Hospital in London in 1946. In the early 1950s she moved to Tangier, Morocco where she served as a missionary nurse for 27 years. Throughout her life, she travelled extensively in Europe, North Africa, and the Middle East, as the settings of her novels reflect. In 1977, she returned to England, where she cared for elderly relatives and ministered from her home to youths, single parents, and the elderly. Patricia authored numerous books, including Treasures of the Snow, The Tanglewoods Secret, The Secret at Pheasant Cottage, and Star of Light.