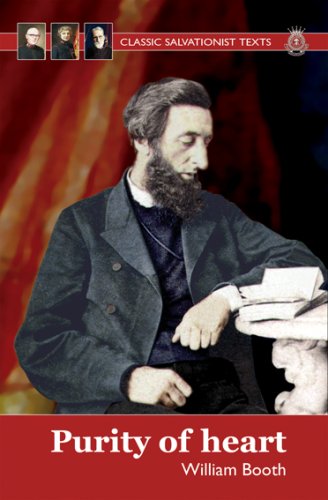 This slim, pocket-size book is the first in a new series featuring classic Salvationist texts. The aim is to help a new generation of readers become familiar with great writing published by The Salvation Army over the past century-and-a-half. Of these writings, General Shaw Clifton, the present world leader of The Salvation Army, says: 'They live on not only for their content but also for the passionate spirit that breathes through what is written.'

Founder of The Salvation Army William Booth was born in 1829 and died in 1912. He lived to establish Army work in 58 countries and colonies and travelled extensively. Among his many books, 'In Darkest England and the Way Out' was the most notable.

Book Description Salvation Army, 2007. Paperback. Condition: Used; Good. **SHIPPED FROM UK** We believe you will be completely satisfied with our quick and reliable service. All orders are dispatched as swiftly as possible! Buy with confidence! Aloysius Ihezie. Seller Inventory # mon0000632212

Book Description Salvation Army, United Kingdom, London, 2007. Paperback. Condition: Very Good. The book has been read, but is in excellent condition. Pages are intact and not marred by notes or highlighting. The spine remains undamaged. Seller Inventory # GOR002023323