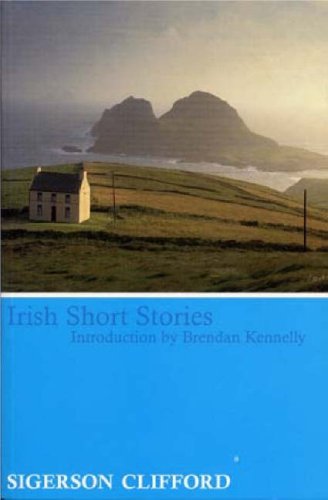 The short stories collected here are among the best ever written about Ireland, set apart by Sigerson Clifford's concise, masterful treatment of themes such as unrequited love, murderous hatred, betrayal, disappointment and hope. The changing fortunes of life are depicted in miniature. Lyrical description blends seemlessly with naturalistic dialogue, so that the voices of farmers, fisherman, emigrants and children sing clearly through tales that are poignant, witty, brave and true. Irish Short Stories is a classic of Irish literature, confirming Clifford's place among the pre-eminent writers about Ireland and the Irish. 'Flavoured by the wit and sweetness of the Irish language, this slender volume presents brief affectionate glimpses of Irish country life.' - Leone McDermott, Booklist'Sigerson Clifford's delicious tales are a quick, often profound glimpse of Irish life, mostly in the countryside. The simple plots glisten with semi-precious gems of language.' - James F. Clarity, The New York Time Book Review

Sigerson Clifford was born in Cork in 1913 of Kerry parentage. He won the 1944 Kerry Drama Festival Cup for his first play, Nano. His second play, The Great Pacificator, was produced by the Abbey Theatre in 1947. His other works include Death Sails the Shannon, The Glassy Man, The Wild Colonial Boy, Travelling Tinkers, Ballads of a Bogman and Lascar Rock. He died in 1985.

This collection of stories presents brief glimpses of Irish country life. Sigerson Clifford is the author of "The Great Pacificator", "Death Sails and the Shannon", "The Glassy Man", "The Wild Colonial Boy", "Travelling Tinkers", "Ballads of Bogman" and "Lascar's Rock".

1. Irish Short Stories: The Red-Haired Woman and Other Stories