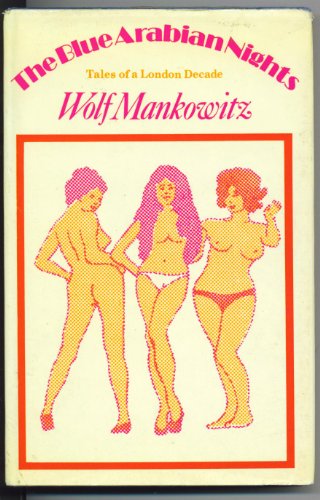 For a lost decade between the mid-fifties and the mid-sixties Wolf Mankowitz lived in an urban village bounded by The Pickwick Club beyond Leicester Square and The White Elephant in Curzon Street. He has been a shopkeeper and gallery director, a film writer and a producer, an impresario and tv performer, a night-club owner and a night-walker. If some of his roles were not profitable, they all provided story material, the best of which are collected here.

The Blue Arabian Nights - Tales of a London Decade

Book Description Paperback. Condition: Good. Ex-Library Book. Has usual library markings and stamps inside. All orders are dispatched the following working day from our UK warehouse. Established in 2004, we have over 500,000 books in stock. No quibble refund if not completely satisfied. Seller Inventory # mon0003803689