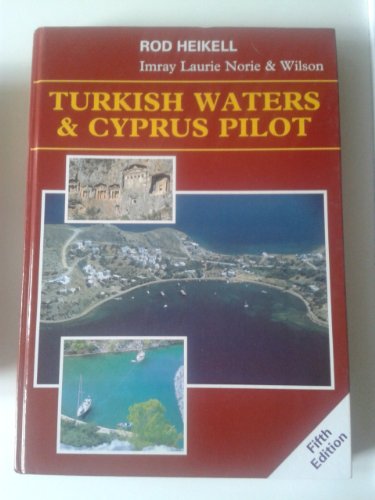 Since its publication in 1985, Rod Heikell's Turkish Waters & Cyprus Pilot has been the only comprehensive pilot for the coasts of Turkey available in English. This sixth edition is a major revision. During 2000 Rod Heikell spent some three months sailing and exploring the Aegean and Mediterranean coasts in seven tenths collecting the latest information, drawing new harbour plans and taking new photographs. The technical information at the beginning of the book has been recompiled and redesigned and new waypoint lists have been added to meet the needs of modern navigation. This data has now been assembled and incorporated in this new full colour edition. Turkish Waters & Cyprus Pilot covers the coasts and islands from Istanbul, through the Sea of Marmara, the Dardanelles, the Aegean and Mediterranean coasts to the Syrian border. Despite tourist development during recent years, Turkey remains largely undiscovered. Its background, combining fine coastal scenery, a classical history and a culture that blends East and West, makes it a most attractive and peaceful cruising ground. This pilot also covers the island of Cyprus, the small Greek outpost of Kastellorizon and the Black Sea coast of Turkey for which the notes provided by the author will be of interest to those yachtsmen going northwards.

Book Description Institute of Race Relations, 1997. Condition: Good. 5th. Shows some signs of wear, and may have some markings on the inside. Seller Inventory # 17249746-75

Book Description Imray,Laurie,Norie and Wilson Ltd. Hardcover. Condition: Used; Good. **SHIPPED FROM UK** We believe you will be completely satisfied with our quick and reliable service. All orders are dispatched as swiftly as possible! Buy with confidence! Aloysius Ihezie. Seller Inventory # mon0000934610

Book Description Imray,Laurie,Norie and Wilson Ltd, 1997. Hardcover. Condition: Used; Good. **Simply Brit** Shipped with Premium postal service within 24 hours from the UK with impressive delivery time. We have dispatched from our book depository; items of good condition to over ten million satisfied customers worldwide. We are committed to providing you with reliable and efficient service at all times. Seller Inventory # 1354451

Book Description Hardback. Condition: Good. The book has been read but remains in clean condition. All pages are intact and the cover is intact. Some minor wear to the spine. Seller Inventory # GOR001781343

Book Description Hardback. Condition: Very Good. The book has been read, but is in excellent condition. Pages are intact and not marred by notes or highlighting. The spine remains undamaged. Seller Inventory # GOR003309684

9. Turkish Waters & Cyprus Pilot: A Yachtsman's Guide to the Mediterranean and Black Sea Coasts of Turkey with the Island of Cyprus