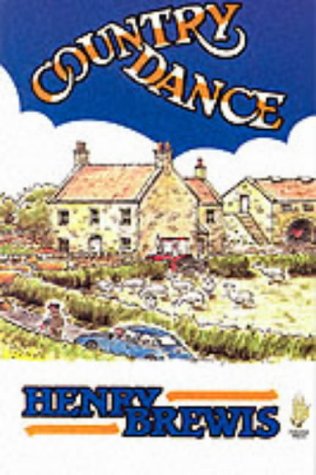 This work deals with a story all too familiar to farmers in Britain - that of the break-up of a family farm and the passing of the land into the ownership of agribusiness and strangers. Although the theme is serious, it reflects the author's sardonic and humorous view of farming struggles.

Born near Alnwick, Northumberland in 1932, Henry Brewis was one of a clan of farmers in the area. He spent much of his life running a mixed arable and livestock farm at Hartburn, near Morpeth, Northumberland. In the 1970s he began drawing cartoons and writing regularly for farming magazines, including the West Cumberland Farmers Journal, regional NFU journals and Livestock Farming. Booklets of his collected pieces were immensely popular. Farming Press issued the first of Henry's full collections of cartoons in 1983. Funnywayt'mekalivin' was the star attraction of that year's Smithfield Show when Henry signed copies on the Farming Press stand. Henry sold his farm on a lease-back arrangement and began to devote more time to writing and drawing. A small industry grew up around him, with Christmas cards, licensed prints, statuettes, decorated beer mugs, tee-shirts and audio-tapes. He was also in demand as an after-dinner speaker. In his youth Henry had been a keen cricketer, fielding at silly mid-off, and despite many years of illness he continued to enjoy sport, particularly golf. Henry died in 2000 leaving three children and two grandchildren.