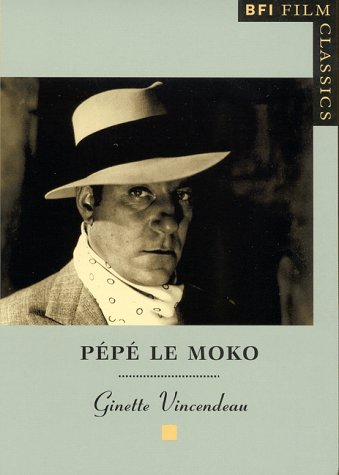 "Pepe le Moko" (1937), directed by Julien Duvivier from the novel by Roger Ashelle and starring Jean Gabin, is the epitome of 1930s French cinema. It tells the story of glamorous gangster Pepe, hiding out in the Casbah in Algiers. A highly romantic and atmoshperic thriller, the film was crucial to the development of French "film noir" and inspired a number of remakes and many imitations. Ginette Vincendeau's meticulous analysis, here places "Pepe le Moko" in its aesthetic, generic and cultural contexts, ranging from Duvivier's camera work, to Gabin's suits and the film's orientalist setting.

Ginette Vincendeau is Professor of Film Studies at the University of Warwick. She is the editor of The Encyclopedia of European Cinema and the author of The Companion to French Cinema.