Items related to Claiming the Real: The Documentary Film Revisited 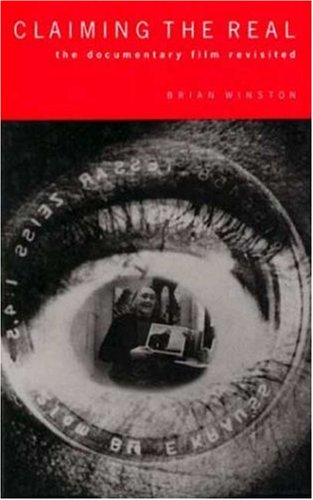 This work rewrites the history of documentary film to take account of technological change. Winston explores the role of such figures as Grierson, Flaherty and Dziga Vertov, and examines both the principles and practice of the major movements in documentary, such as "cinema verite". He offers a revised definition of the essential difference between fiction and documentary, and identifies the ethical base of any film practice which attempts to capture "truth".

"This is a particularly thorough and emphatic critique, which challenges realist aspirations at every point."--New Statesman

1. CLAIMING THE REAL: THE DOCUMENTA