Items related to Mist on the Rice-fields: a Soldier's Story of the... 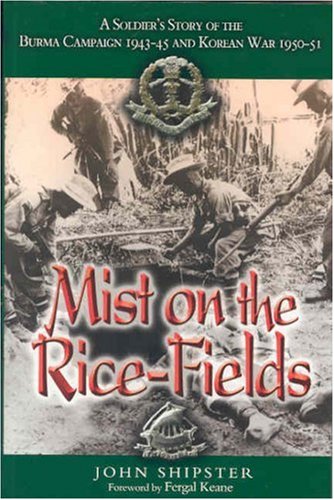 This is the story of a young officer in the Indian Army who commanded a company in the Burma Campaign of 1943 to 1945. It covers the part played by the author and his unit in the long campaign to recover Burma, starting with the fierce close-quarter fighting in the jungles and rice-fields in the Arakan in which the Japanese suffered their first major defeat. The story moves on to Kohima which was the scene of some of the bitterest fighting in the Burma War, and which saved India. For the author, however, the Burma War was a prelude to the bitter campaign in Korea (1950-51), where the author commanded a company of the Middlesex Regiment in the harsh conditions of extreme cold and snow, as part of the Commonwealth Brigade fighting in close co-operation with the Americans.

Is a graphic and moving memoir of two bitterly fought campaigns. In Burma the author faught with his Indian Regiment at Kohima and In Korea with the Middlesex Regiment