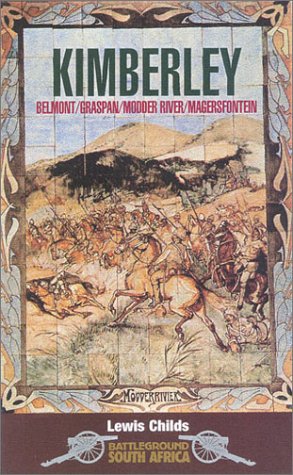 Who were the underdogs who took on British Imperial forces - and beat them? How could an old farmer who had beaten them before (Piet Cronje), and a middle-aged farmer, who did not want to fight them anyway (De La Rey), embarrass Queen Victoria's high officers like Lord Methuen? When did the most powerful man in Africa enable the capable commandant to hold out - while blighting his career?Why did the Queen's crack regiments turn their backs on the enemy? What lessons in application, patience and loyalty to oath given does Tommy Atkins give to us, in the 21st century? Who were the modern figures that still live through their letters and diaries in Regimental Archives, in spite of being dead. How could the Boers justify shelling civilians, or the British of all people not know that women and kids were dying in concentration camps?When did the accepted European Rules of War get turned over for ever? Why, when Bobs is nothing but a statue, and Rhodes the ghost of a chancer, does it matter? The Seige of Kimberley answers all these questions and more in a readable and authoritative way.

The relief of KImberley - partly achieved thanks to the dash of cavalry commander Sir John French, later CinC of the BEF at the beginning of the Great War - gave the British Empire something to cheer about after the series of humiliating defeats at the hands of the Boers in the opening weeks of the South African War that this book also chronicles. Written and illustrated to the normal superb standards of these expert guides, this is the perfect way of exploring the battlefields of the Boer War today - even if the reader does not stir from a comfortable chair at home. --NAval and Military Press

Expert and superbly illustrated guide to the siege and relief of Kimberley and a series of lesser engagements - including Magersfontein - in the Boer War. --Naval And Military Press