Items related to Stalingrad: Anatomy of an Agony

Stalingrad: Anatomy of an Agony 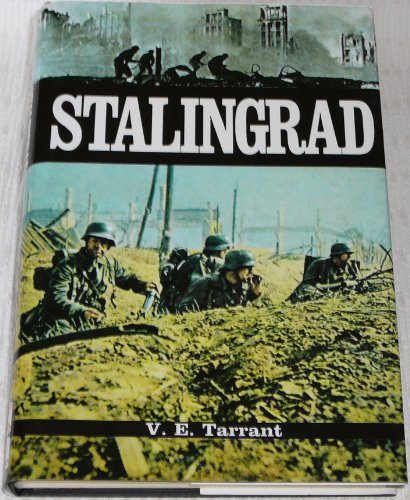 By November, 1942, the empire of Adolf Hitler had reached its zenith. It stretched from North Africa to the Arctic, from the English Channel to Stalingrad deep inside the Russian interior. The German Army seemed invincible, but then in a matter of only five days, from 19th to 23rd November, 1942, the seemingly impossible happened. During a massive Russian counter-offensive involving over a million men, 1,560 tanks, 16,261 field-guns and mortars and 1,327 aircraft, not only were two Rumanian armies wiped off the Axis order of battle, but more decisively the "crack" German 6th Army, under the command of General Friedrich Paulus, was encircled at Stalingrad. Despite being cut off from the ramainder of the Eastern Front in a huge cauldron (Der Kessel), the 269,000 troops of the 6th army continued to resist against impossible odds for 72 blood-soaked days. Devoid of adequate winter clothing, enduring temperatures of minus 35 degrees centigrade on a bare, blizzard-swept steppe, with nothing to eat but scraps of bread and watery soup, the doomed army suffered an infinity of agonies including frostbite, dysentery and typhus. While they slowly froze and starved to death they were constantly pounded by Russian artillery and bomber sorties. When the 6th Army finally surrendered on 2nd February, 1943, only 91,000 of the original force remained alive to be herded into Siberian prison camps. Surrendering to the Russians, however, proved to be only an alternative way of dying, for only 5,000 survived the captivity to see Germany again. The author has drawn on German and Russian sources to write this commemoration of the battle which broke the back of the Germany Army and turned the tide of the war in the Allies' favour. This book aims to give a balanced account of Stalingrad from both the German and the Russian perspectives.

1. Stalingrad: Anatomy of an Agony