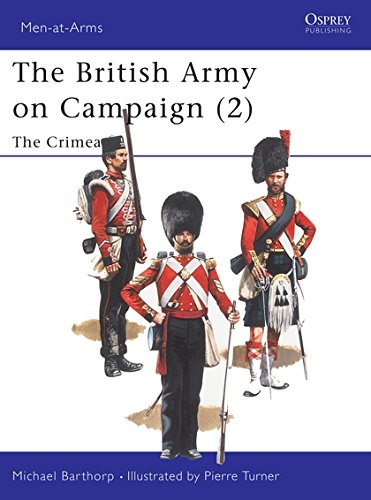 In 1854 the British Army was committed to its first major war against a European power since 1815. The expeditionary force, or 'Army of the East', was despatched to Turkey nominally to support the Ottoman Empire in its war with Russia; but in reality to check, in alliance with France and later Sardinia, Russian ambitions for an outlet to the Mediterranean. Despite many failures in the conduct of operations and administration, the war was won in two years and Russian designs on the Balkans and Levant were thwarted for two decades.

Michael Barthorp was educated at Wellington College and was commissioned into the Rifle Brigade in 1946. Demobilised in 1948, he served as a Territorial with The Royal Hampshire Regiment before rejoining the Regular Army in The Northamptonshire Regiment to continue a family tradition, ending his career with the Royal Anglian Regiment in 1968. He has since published numerous books on the British Army history and costume, including nine titles for the Men-at-Arms series. He lives in Jersey, Channel Islands. Pierre Turner has illustrated various titles for Osprey including the highly acclaimed Men-at-Arms volume for British Army on Campaign. Pierre lives and works in Devon.