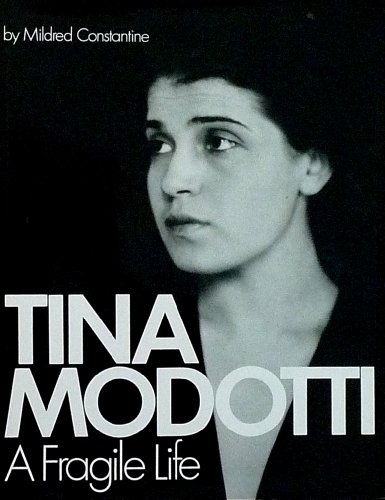 Now widely recognized as one of the early twentieth century's most extraordinary photographers, Tina Modotti was remembered until recently more for her relationship to Edward Weston than for her own strong, sensuous work. This comprehensively produced biography, now published for the first time in paperback, captures in over 100 striking photographs and a sympathetic, meticulously researched text the fullness of a life wholly committed to political, personal, and artistic freedom. From her early days in Hollywood as a silent film actress, through the creative, fruitful years in Mexico with Weston and her political exile in 1930s Europe, to her sudden death in 1942, Tina Modotti's courage, clear vision, and dramatic flair made her one of the most internationally controversial and widely admired artistic figures of her day. Perceptive and authoritative, "Tina Modotti" lifts the veil on a fragile life of iron.

Mildred Constantine has had a distinguished career as an author, educator, and associate curator at the Museum of Modern Art in New York.