Items related to Time and the Other

Levinas, Emmanuel; Cohen, Richard A. Time and the Other

Time and the Other 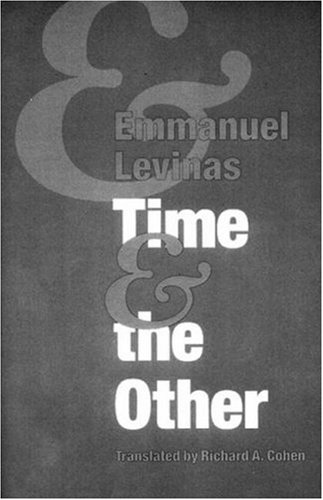 Time and the Other contains a series of essays presented as lectures in 1946–47 at the Collège Philosophique in Paris, along with additional essays dealing with time, sociality, and ethics. This work represents, along with Existence and Existents, the first formulation of Levinas's own philosophy, later more fully developed in other works. Beginning with an analysis of existence without existents, Time and the Other then describes the origination of the subject, and moves through its encounter with another person.

Emmanuel Levinas is a major voice in twentieth century European thought. Beginning his intellectual career in the 1920s, he has developed an original and comprehensive post rationalist ethics of social responsibility and obligation. The influence of his work has already been profound and far-reaching, readily acknowledged by such diverse and important figures as Jean-Paul Sartre, Jacques Derrida, and Enrique Dussel. Time and The Other was first presented as a series of lectures in 1946-47 at the College Philosophique and is probably the clearest statement of Levinas' thought. Along with Existence and Existents (1947), it represents the first formulation of Levinas' own philosophy, later more fully developed in Totality and Infinity (1961) and Otherwise than Being or Beyond Essence (1974

EMMANUEL LEVINAS, a major voice in twentieth century philosophical thought, died in late 1995. After studying under Edmund Husserl and Martin Heidegger in the late 1920s, Levinas went on to develop a philosophical system that placed ethics at its center. His writings have influenced several generations of French philosophers, including Jacques Derrida, and have won him an admiring audience among theologians.

1. Time and the Other

2. Time and the Other