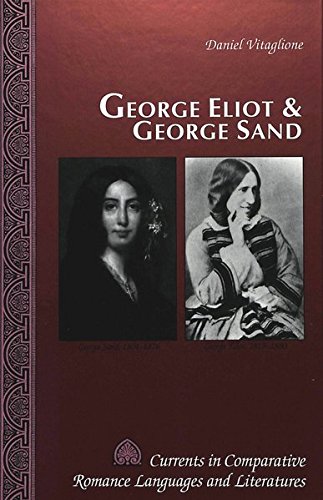 A long overdue comparison of the two most famous women novelists of the nineteenth century, this interesting study compares Eliot and Sand, their religious and social ideals, their aesthetic principles, and their conception of women. It also documents, in light of recently discovered letters, the relationship between George Henry Lewes and Sand as well as the influence of Sand on Eliot's intellectual and artistic development.

-Relatively few have compared the two pseudonymous female Georges, though the number does include some notable English observers from Mrs. Oliphant to Henry James. Still, there has not been a full-scale study until this one, which is likely to stand by itself for a long time to come.- (Nineteenth-Century Literature, Review, September 1994)
"

The Author: Daniel Vitaglione holds a Ph.D. from the University of St. Andrews and teaches French at Indiana University in South Bend. He is also the author of "L'Amerique des utopies" (1995) and "A Dictionary of Idioms: French American-American French" (1995)."