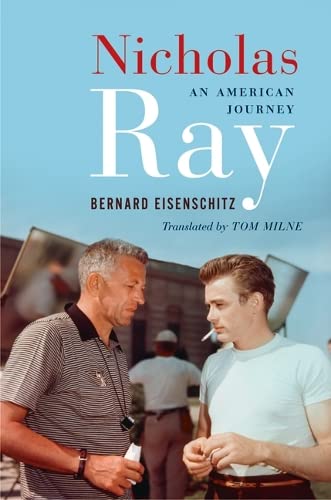 "A monumental job of research (even the footnotes are irresistible reading)." ―Washington Post

"Spells out the extraordinary and tumultuous life of a man who found his fullest expression in filmmaking, yet never fully resolved his battles with himself and with the world he lived in." ―Film Comment

Bernard Eisenschitz is a film historian, translator, program curator, etc. living in Paris. He is the author and editor of books about German, Soviet, and American cinema. From 2001 to 2007, he edited the magazine Cinéma. His book Fritz Lang au travail is scheduled for publication next fall.

Tom Milne was a British film critic and the founding editor of Time Out Film Guide.

Book Description Paperback. Condition: New. Reprint. Language: English. Brand new Book. Perhaps best known for Rebel without a Cause, American filmmaker Nicholas Ray directed dozens of movies in the film noir genre, including In a Lonely Place, Johnny Guitar, and They Live by Night. Born in Galesville, Wisconsin, in 1911, Ray was an iconoclastic figure in film-an alcoholic, depressive, and compulsive gambler-who found himself increasingly blacklisted in Hollywood in the 1960s only to be heralded as the spiritual father to American cinema's New Wave and one of America's greatest rebel auteurs. From Martin Scorsese to Jean-Luc Godard and Jim Jarmusch, Ray's influence can be seen throughout the work of some of the twentieth century's greatest directors. In this authoritative biography, Bernard Eisenschitz leaves no stone unturned. Seller Inventory # POW9780816676217