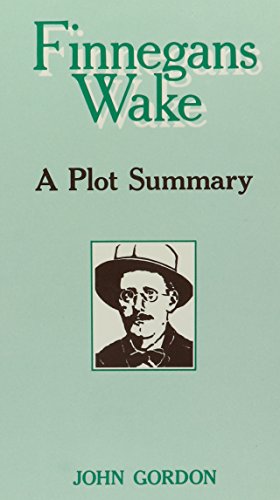 This is the only full-length study of Finnegans Wake to outline and catalog the immense amount of naturalistic detail from which Joyce built the book. The opening chapters describe the physical setting, time, and main characters out of which the book is constructed. John Gordon argues that behind this detail is an essentially autobiographical story involving Joyce's history and, in particular, his feelings toward his father, wife, daughter and the older brother who died in infancy. Many of the author's findings are new and likely to be controversial because recent criticism has tended to the belief that what he attempts to do cannot be done. This new study of Finnegans Wake represents a radically conservative approach and is intended to function both as a guide to the newcomer seeking a chapter-by-chapter plot summary and as an original contribution to Joyce criticism.

John Gordon is an Associate Professor of English, Connecticut College. He is the author of James Joyce's Metamorphoses (1981) and has contributed to such journals as the James Joyce Quarterly, Modern Fiction Studies, and Inquiry.