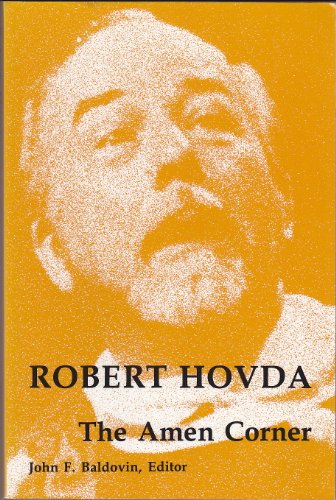 The death of Robert Hovda in February of 1992 represented a loss to the liturgical movement. His work, however, lives on in his writings. This collection includes 31 of his essays from the column "The Amen Corner" that appeared in the journal "Worship" from 1983 until his death. It also includes his valuable contribution to the aesthetics of the liturgy, "The Vesting of Liturgical Ministers". These essays represent a source of insight into pastoral liturgy. They also reflect Hovda's affirmation of the "Constitution of the Liturgy"'s teaching that liturgy is the "primary and indespensable source" of Christian life.