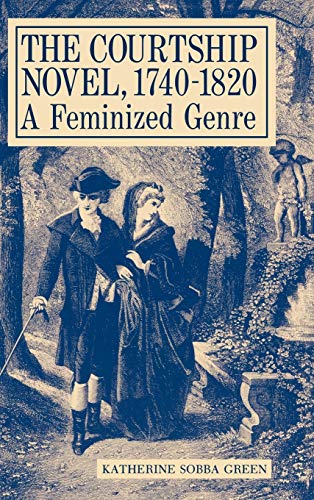 " The period from her first London assembly to her wedding day was the narrow span of autonomy for a middle-class Englishwoman in the eighteenth and early nineteenth centuries. For many women, as Katherine Sobba Green shows, the new ideal of companionate marriage involved such thoroughgoing revisions in self-perception that a new literary form was needed to represent their altered roles. That the choice among suitors ideally depended on love and should not be decided on any other grounds was a principal theme among a group of heroine-centered novels published between 1740 and 1820. During these decades, some two dozen writers, most of them women, published such courtship novels. Specifically aiming them at young women readers, these novelists took as their common purpose the disruption of established ideas about how dutiful daughters and prudent young women should comport themselves during courtship. Reading a wide range of primary texts, Green argues that the courtship novel was a feminized genre-written about, by , and for women. She challenges contemporary readers to appreciate the subtleties of early feminism in novels by Eliza Haywood, Mary Collyer, Charlotte Lennox, Samuel Richardson, Frances Brooke, Fanny Burney, Mary Wollstonecraft, Jane West, Mary Brunton, Maria Edgeworth, and Jane Austen-to recognize that these courtship novelists held in common a desire to reimagine the subject positions through which women understood themselves.

"Tantalizes us with a number of new texts and many ideas." -- Eighteenth-Century Fiction

"Argues persuasively that the slow shift away from the practice of arranged marriage to greater public acknowledgment of the affective values vested in the 'companionate marriage' was extremely important to the emerging feminist agenda, and so was the related issue of women's education." -- Times Higher Education Supplement