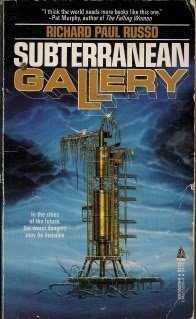 Winner of the 1990 Philip K. Dick Award, this story is set in San Francisco of the future. Rheinhart was a sculptor who did the best he could until they drafted his best friend to fight in South Africa, when his artists' colony turned into a home for deadbeats.