Items related to The Chronoliths 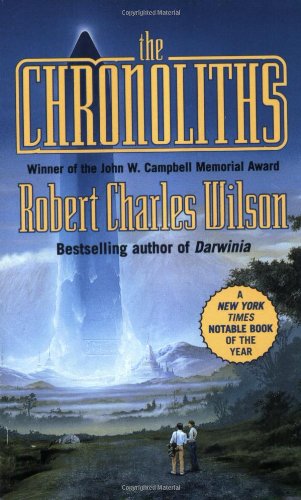 Twenty-first-century Asia is transformed by the arrival of huge monolithic stone pillars that emit a burst of ionizing radiation and are engraved with inscriptions commemorating military victories from the future, as Scott Warden is drawn into the mysteries.

"In his quiet way, Robert Charles Wilson has produced one of the most impressive bodies of work in contemporary science fiction . . . The Chronoliths stands with his best."--"The New York Times" "Superb."--"Publishers Weekly" (starred review)

Robert Charles Wilson was born in California and grew up in Canada. He is the author of many acclaimed SF novels, including "A Hidden Place, The Divide, Gypsies, Bios, Darwinia, "and "The Chronoliths." His work has won the John W. Campbell Award, the Aurora Award, and two Philip K. Dick Awards. He lives near Toronto.