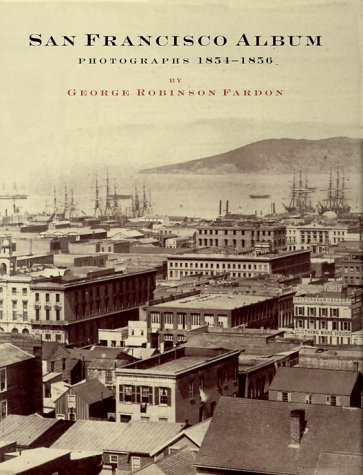 Originally published in 1856 as Photographs of the Most Beautiful Views and Public Buildings of San Francisco, G.R. Fardon's San Francisco Album is the earliest existing photographic record of an American city and one of the earliest of any city in the world. An unmatched historical document of San Francisco during its years of rapid growth and burgeoning prosperity in the wake of the Gold Rush, the album is aesthetically compelling as well. The plates themselves are some of the oldest surviving photographs on paper made in the United States. Fardon's detailed images depict a booming downtown, a rural South Park, the famous Merchant's Exchange on Battery Street, Fort Vigilance, City Hall, and a four-part panorama of the city taken from atop Nob Hill. This book is the first serious, comprehensive look at the San Francisco Album as well as Fardon's other known work. Including critical essays on Fardon's work, his life, and the times he lived in, the San Francisco Album offers a unique perspective on the history of San Francisco and the art of photography.

George Robinson Fardon was born in England in 1806 and arrived in San Francisco at age 43. He is credited with introducing the wet collodion photographic process to California and experimented with paper photographs as a means for wide distribution of his pictures. He died in Victoria, British Columbia, in 1886.

This book documents a time of growth and prosperity in the wake of the California Gold Rush.