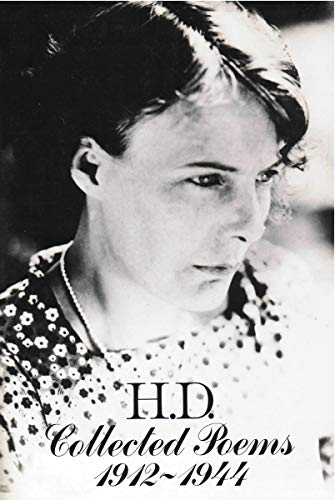 Of special significance are the "Uncollected and Unpublished Poems (1912-1944)," the third section of the book, written mainly in the 1930s, during H. D.'s supposed "fallow" period. As these pages reveal, she was in fact writing a great deal of important poetry at the time, although publishing only a small part of it. The later, wartime poems in this section form an essential prologue to her magnificent Trilogy (1944), the fourth and culminating part of this book. Born in Pennsylvania in 1886, Hilda Doolittle moved to London in 1911 in the footsteps of her friend and one-time fiancé Ezra Pound. Indeed it was Pound, acting as the London scout for Poetry magazine, who helped her begin her extraordinary career, penning the words "H. D., Imagiste" to a group of six poems and sending them on to editor Harriet Monroe in Chicago. The Collected Poems 1912-1944 traces the continual expansion of H. D.'s work from her early imagistic mode to the prophetic style of her "hidden" years in the 1930s, climaxing in the broader, mature accomplishment of Trilogy. The book is edited by Professor Louis L. Martz of Yale, who supplies valuable textual notes and an introductory essay that relates the significance of H. D.'s life to her equally remarkable literary achievement.

H.D. (1886-1961) (the pen name of Hilda Doolittle) was born in the Moravian community of Bethlehem, PA in 1886. A major twentieth century poet with "an ear more subtle than Pound's, Moore's, or Yeats's" as Marie Ponsot writes, she was the author of several volumes of poetry, fiction, essays, and memoirs. She is perhaps one of the best-known and prolific women poets of the Modernist era. Bryher Ellerman was a novelist and H.D.'s wealthy companion. She financed H.D.'s therapy with Freud.

This brings together all the shorter poems and poetical sequences of Hilda Doolittle written before 1945. Divided into four parts, this landmark volume, now available as a New Directions Paperbook, includes the complete Collected Poems of 1925 and Red Roses For Bronze.