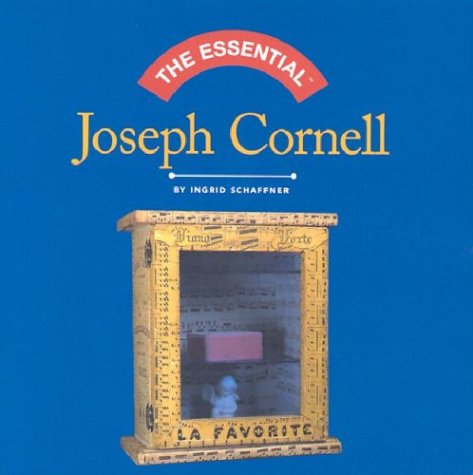 Joseph Cornell (1903-1972) is considered a visionary figure in the history of American art of the twentieth century. Starting in the 1930s, he invented a personal approach to making art that consisted of assembling things that he collected and found in the streets and shops of New York City. He is famous for work like Untitled (The Hotel Eden), c. 1945, which takes the form of a shallow box filled with odds and ends. In this case: printed scraps of paper, a picture of a parrot perched on an actual twig, a spring, a little yellow ball, a tiny bottle filled with who-knows-what. Readers of The Essential Joseph Cornell will learn that: Cornell's genius lay in his transformation of everyday objects into enchanting realms; Cornell's infatuation with movie stars inspired some of his most famous works, which he created as tributes to the women he adored from afar: Lauren Bacall, Greta Garbo, and Marilyn Monroe; Cornell's loyalty to family led to his lifetime support of his mother and invalid brother, with whom he shared a modest house on Utopia Parkway in Queens, New York.

Ingrid Schaffner is a writer and independent curator who lives in New York City.