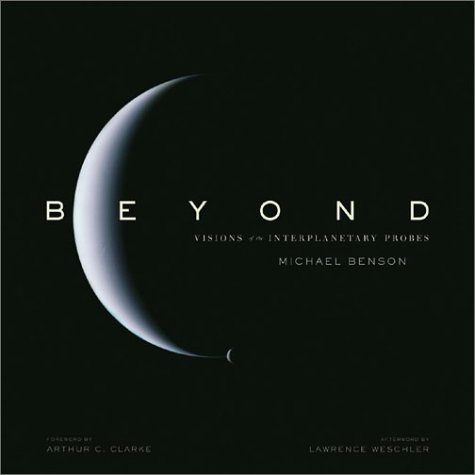 Michael Benson is a filmmaker and journalist. He has written, directed, and/or produced several documentary films. Predictions of Fire (1995) won the Best Documentary Feature Award from the National Film Board of Canada, First Prize at the St. Petersburg International Film Festival, and was an official selection of the Sundance and Berlin film festivals. He has published numerous essays in The New York Times, Rolling Stone, The International Herald Tribune, Interview, The Nation, The Village Voice, Sight and Sound, and other European media outlets. Sir Arthur C. Clarke is the greatest living prophet of the space age. Best known for his science fiction novels (2001: A Space Odyssey, Childhood's End), he was awarded a knighthood for "services to literature." Lawrence Weschler is one the leading writers of non-fiction prose in the United States. He was a staff writer at the New Yorker for twenty years, covering the arts and politics. His most recent book was the popular Mr. Wilson's Cabinet of Wonders.

Michael Benson has spent years compiling images collected by the unmanned probes that NASA has been sending into space to explore the solar system since the 1960s. The resulting book consists of two parts: the first is a visual tour of the solar system; and the second is a series of essays that explain the how and why of these photographs - the history of the journeys of the probes, how they work and why they were built. The volume has a foreword by Sir Arthur C. Clarke and an afterword by Lawrence Weschler.

2. Beyond : Visions Of The Interplanetary Probes

3. Beyond : Visions Of The Interplanetary Probes

4. Beyond : Visions Of The Interplanetary Probes

5. Beyond : Visions Of The Interplanetary Probes