Items related to The Town of N (European Classics)

The Town of N (European Classics) 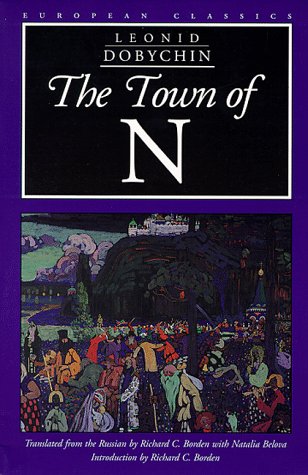 Leonid Dobychin's The Town of N, an unrecognized masterpiece of the Soviet 1930s, virtually vanished, together with its author, following its publication in 1935 and the subsequent vilification of Dobychin by Leningrad's cultural authorities. Now, more than half a century later, this short masterpiece has been rediscovered, first in Russia in 1989, and now in this first English translation. The Town of N portrays a fallen provincial world reminiscent of the town of N found in Gogol's Dead Souls. It is populated with characters who are petty, grasping, perfidious, and cruel, quite unlike the positive heroes of contemporary socialist realist novels. What most distinguishes The Town of N is its literary quality, representing an extraordinary example of late Russian modernism with its roots in the writings of Gogol and Sologub. In this context, as a possible missing link in one of the most important lines in Russian literary development, it is the voice of Dobychin's child narrator - fragmented, shortsighted, sometimes humorously pretentious - that gives the novel its rich and eccentric verbal texture. This texture is in turn held together by a tightly woven and complex network of images, many of which draw on literary allusions or religious iconography.

A look at Russia early this century through the eyes of a boy. He describes family relations, school, romantic crushes and his country's defeat in the Russo-Japanese War. The author died in 1936.